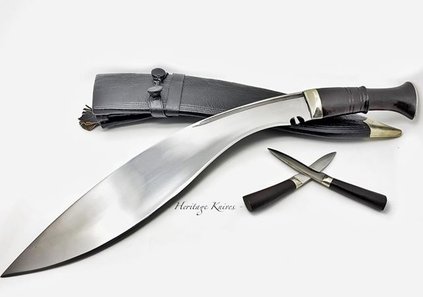 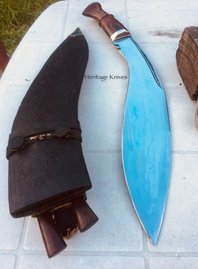 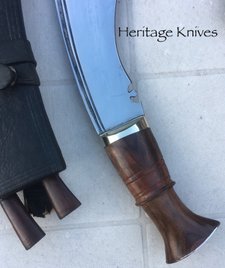 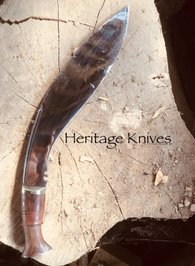 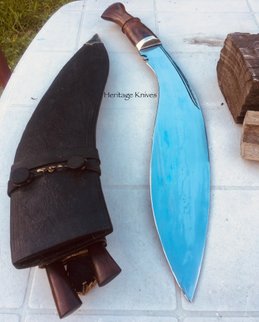 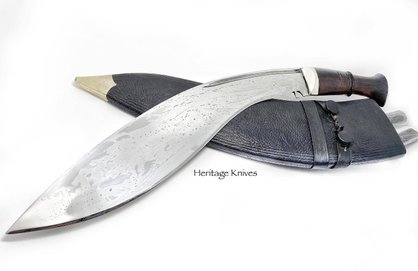 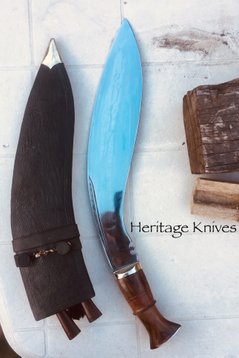 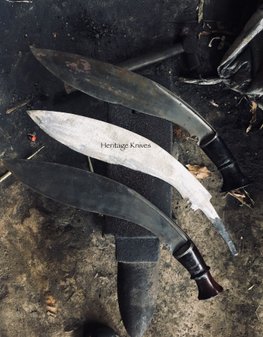 The Papu Kukri knife is a classical military Kukri from World War 1.

We at Heritage Knives worked with two original antique Papu Kukri knives, studied various other Papu style Kukri´s and over time have developed this fine and mighty Kukri, The PAPU, the Master.

The originals were carried by the Nepalese Contingent during WW1 era, while in colonial India, which included the war in Afghanistan of 1919.

A Large +15 inch blade supported by great balance, a design made for battle and a powerful knife that chops almost anything into pieces.

We test all our knives harshly to some of the highest standards in the business.

Further information on the Papu & Budhume Kukri can be found below and in menu under Kukri History / Nepalese Military 19th - 20th Century / Budhume.

Regiments of the Nepalese Army served during WW1 in colonial India and among others fought in Afghanistan, gaining praises at par with the Gurkhas of the British Indian Army.

The repro follows the original Papu Kukri measurement range while we offer it in three weight categories: 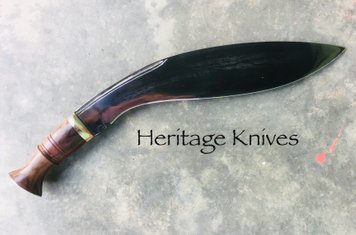 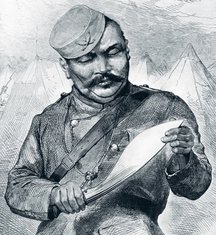 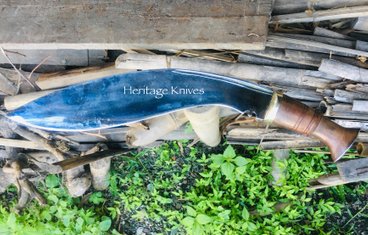 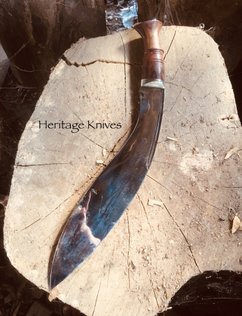 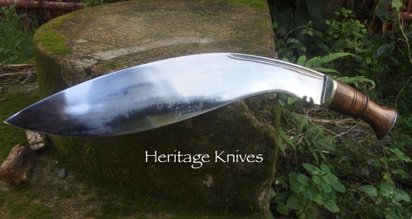 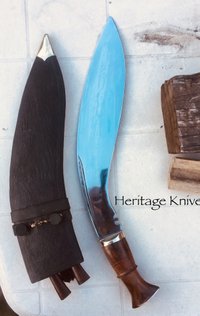 Dr. Judkins is a leading expert on Nepalese Military Kukri Knives and have handled hundred of them over the years, add that to his in depth knowledge of Martial Arts and being a Professor. 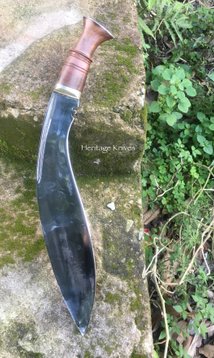 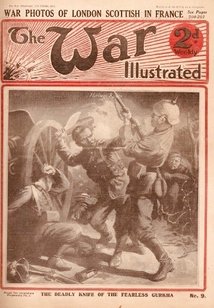 During WW1 the Kukri knife of the Gurkhas became widely known and a legendary knife to the general population.Over the course of history several VC´s and other Gallantry awards have been won with a Kukri in hand.

KUKRI HISTORY WITH GURKHAS AND NEPAL.