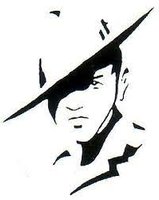 "Gurkhas formally commenced military service in the British Army on April 24, 1815. But to win the trust of the British generals, they had to undergo many ordeals. The third Anglo-Maratha War (1817-18) and the Battle of Bharatpur (1825-26) were the ordeals in which the Gurkhas proved their hardihood, loyalty and matchless valour to the British officers. Soon, the British considered the Gurkhas, by far, the best soldiers in its army. Henceforth, they extensively mobilised the Gurkhas all over the world. Perhaps there is no land on this planet where the Gurkhas have not fought for Britain. But the Gurkhas, in addition to serving in the British Army, have served a number of other countries even before and after that. 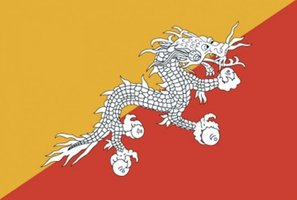 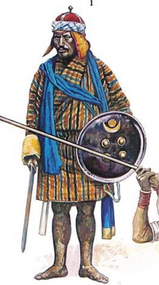 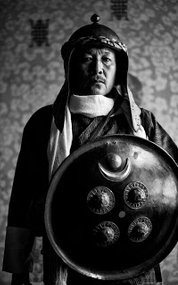 It has been a tradition among Nepali youths to serve in foreign armies since as early as the 17th century. In 1624, Bhutanese King Sabdung Nawang Namgel met with Gorkha King Ram Shah and established a friendly relationship with him. At the request of this king, a large group from Nepal’s martial races, like Magars and Gurungs, went to Bhutan and settled there under the leadership of Bishun Thapamagar. The king of Bhutan again visited Gorkha in 1640. This time, he also visited Kathmandu and requested another large group of Nepali people to immigrate to Bhutan. They settled in the border area of this country. Most of these people served Bhutan as soldiers, and some of them were entrusted with border defence. Later, Bhim Sen Thapa provided a number of senior Nepali army officers to train the Bhutanese army besides offering a considerable quantity of rifles and ammunition to Bhutan. 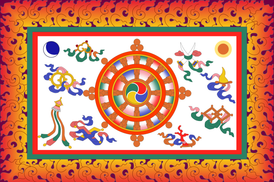 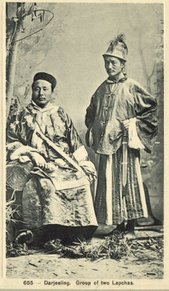 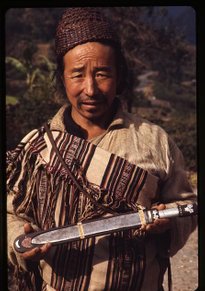 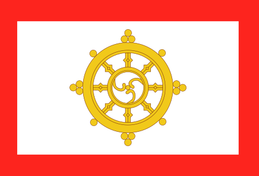 Sikkim, once a separate country, adjoins Nepal. The population of Sikkim is made up of Lepchas, Bhutias and people of Nepali origin. Limbus, Rais, Magars, Gurungs and Chhetris have been contributing to the defence of Sikkim. In 1868, Nepalis such as Khasa Dewan, Phodong Lama and Sidkeyoung Namgyal got a large number of Nepalis to settle in Sikkim in order to protect its sovereignty, excavate the mines and mint coins. There were about 50,000 Nepalis in Sikkim between 1887 and 1908. Before Sikkim was merged into India, many Gurkha soldiers such as Captain Rolan Chhetri, Captain Lal Bahadur Limbu and Rifleman Basanta Kumar Chhetri along with the Magar rank and file had served the palace of King Chogyal. 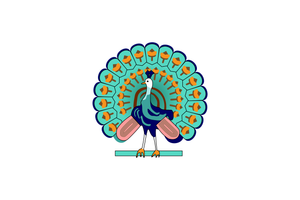 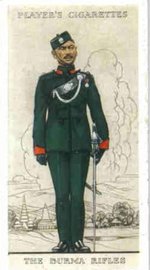 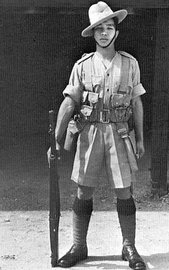 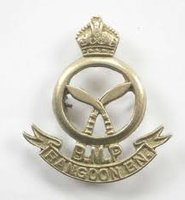 After the complete occupation of Burma in 1886, the British government recruited 2,240 soldiers, most of them Gurkhas. After receiving some training, they were organised into various forces: Burma Frontier Force, Burma Military Police, Rangoon Armed Police and others. In addition, there was a company of Gurkhas in the 17th Burma Regiment. Moreover, a number of Gurkhas worked for the military police, others for the Transport Company and still others worked for various forces. In 1937, Britain started to rule Burma separately from British India. They then began organisation of the Burma Rifles. Gurkhas were included in these regiments. The Second Burma Rifles consisted of both Gurkhas and Burmese. This regiment gallantly fought against the Japanese during the Second World War. After World War II, a large number of Gurkhas who served in the Second Burma Rifles settled in Burma with their families. They later acquired citizenship, and continued to serve in the Burmese army as did their children. 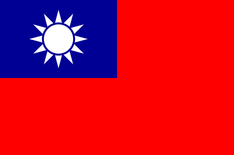 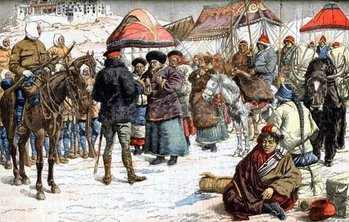 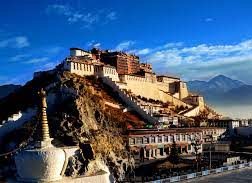 In 1906, a Chinese diplomat based in Lhasa made a request to the Nepali consul to begin recruiting Gurkhas into the Chinese Army. But the Nepali government turned it down. Therefore, the Chinese government recruited nine half-breed Nepalis (born of a Nepali father and Tibetan mother) in 1909. The Nepali consul based then in Lhasa mentioned their names in a letter dispatched to Nepal’s Prime Minister Chandra Shumsher. A group of Gurkhas including Corporal Man Bahadur Limbu and Corporal Asha Bir Rai deserted the British Army, the 10 Gurkha Rifles, and joined the Chinese Army in Yunnan where they served as drill instructors. When news of this reached the British, the commander in chief initiated diplomatic efforts to stop the practice of Gurkhas joining the Chinese Army. 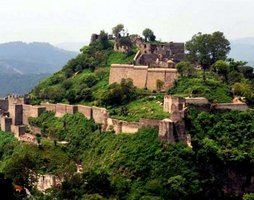 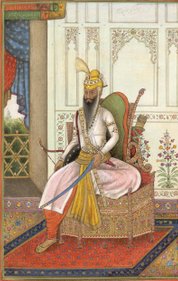 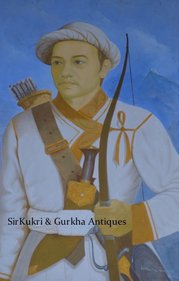 Gurkhas in the Punjab

King Ranjeet Singh of the Punjab was highly impressed by the outstanding valour of Gurkhas displayed during the Anglo-Nepal War of 1814-16. Owing to this reason, he gave an honoured place to Gurkhas in his army. Bhupal Singh Thapa, brother of the legendary soldier Amar Singh Thapa, served in this army. Through his influence, other Gurkhas joined that army. In fact, Amar Singh Thapa himself joined Ranjeet Singh’s army, so did another legendary Nepali fighter Bala Bhadra Kunwar. Kunwar was paid Rs. 10 a day, and later he became one of the top generals of that army as well as a confidant to the king.

There were Gurkhas serving as infantry soldiers in Ranjeet Singh’s army as early as 1809. However, it is still unclear when exactly the Gurkhas began to join Singh’s army. A war ensued after the annexation of Peshawar in Afghanistan by Punjab in 1822. Gurkhas fought alongside Punjabees and displayed their finest warring qualities in that war. In the course of the fighting, both Bala Bhadra Kunwar and Amar Singh Thapa were killed. It proves that the Gurkhas were recruited in the Punjab prior to British India. 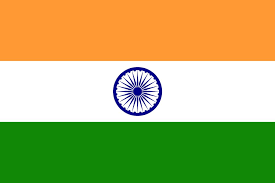 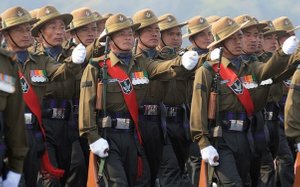 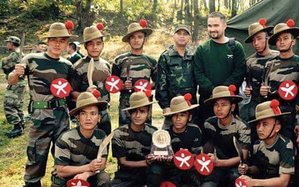 After pulling out of India, Britain left six Gurkha regiments behind. On Jan. 1, 1948, India raised one more Gurkha regiment (the 11th Gurkha Rifles). More than 50,000 Gurkhas (Nepalis and India-domiciled Nepalis) are currently serving in the Indian Army. The Gurkhas have been engaged in all wars fought by India. The Gurkhas serving in the Indian Army have absolute equality with their Indian counterparts, whereas in the U.K., there remains blatant discrimination even after a two-decade-long marathon movement. 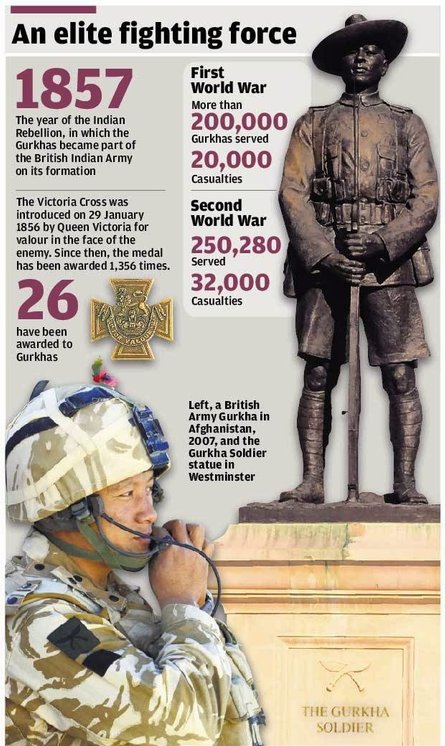 It should be noted that the legendary soldiers Bala Bhadra Kunwar and Amar Singh Thapa deserted the army and joined Punjabee Army (a former adversary). It is a serious crime to desert the army during wartime, that too, by such legendary generals. However, their bravery has been recognised by the state and they are included in the national pantheon. To our dismay, the 13 Gurkhas who have won Victoria Crosses and who have fought all over the world during the First and Second World Wars, and who have been recognised as the bravest of the brave by the world, have not yet been added to the national pantheon. It is high time to rethink this. In the present world, there might be very few countries that allow their citizens to join foreign armies. Therefore, it is also high time to discourse and analyse its good and bad sides and reach a decision suitable to the times.

"Gurkhas formally commenced military service in the British Army on April 24, 1815. But to win the trust of the British generals, they had to undergo many ordeals. The third Anglo-Maratha War (1817-18) and the Battle of Bharatpur (18 25-26) were the ordeals in which the Gurkhas proved their hardihood, loyalty and matchless valour to the British officers. Soon, the British considered the Gurkhas, by far, the best soldiers in its army. Henceforth, they extensively mobilised the Gurkhas all over the world. Perhaps there is no land on this planet where the Gurkhas have not fought for Britain. But the Gurkhas, in addition to serving in the British Army, have served a number of other countries even before and after that.

Editorial note: Badakaji Amar Singh Thapa did not join the Gorkhali Contingent of Maharaja Ranjit Singh but died under mysterious circumstances in Gosainkunda after the Anglo-Gorkha War. There is some evidence pointing to it as a politically motived murder by PM Bhimsen Thapa and may have promted Capt. Balbhadra Kunwar to leave.