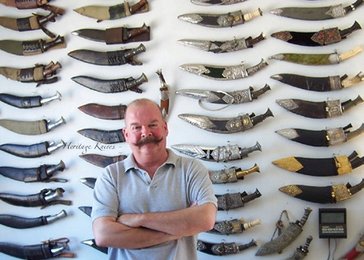 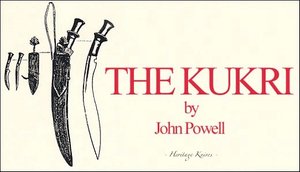 Mr. John D. Powell, or “JP” as many of us know him as, had a huge influence on the Kukri world, he was the main Kukri guy in the 1990´s and early 2000´s to contact in anything Kukri related. His passion and knowledge laid the foundation for the future of Kukri collecting and research. Over the years he published several articles in various magazines regarding the Kukri, undertook serious research on its history, meaning and use and built a world-renowned collection, few even today can match!

By the time internet was becoming a norm in the early 2000´s he became a leading figure in several forums and gladly shared his knowledge. Many of the ideas we today hold regarding the Kukri can be traced back to his initial research. When his name comes up today, I feel a sense of gratitude, dedication and excitement. JP left a remarkable legacy of Kukri knives behind him when he passed away in 2019. He had for many years been struggling with a failing health and last year left this world. 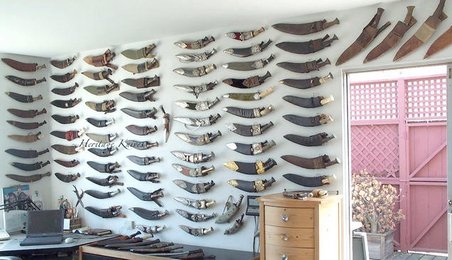 JP was a pioneer in the Kukri research field having started in the 90´s when there was not many people collecting and even less doing research into this knife we love. Anyone who was seriously interested in Kukris back then knew of JP, either as a friend or as an authority on the subject. Kukri collecting was “new” and consisted of a few people spread out over the world, mostly without a community to share their interest except at the occasional antique fairs and knife collectors’ meetings depending on where in the world you were. There was no book or any information to find easily either, it was a different world, a different time.

With the rise of internet in the late 90s and early 2000s came a quick change, the sound of the modem connecting still plays in the back of my head thinking back. This new technological medium connected people in different parts of the world to share an interest, forums and internet-based groups started to form, a web-based community started to take shape. These groups allowed you to type in a question and when you checked some hours or days later there may be some replies and a discussion could take place, a discussion which is most needed in the field of collecting. People from all over the world meet and shared their Kukris and ideas, new friendships were made based on a shared interest and passion. In the early 2000´s a few forums for knife collectors had started and some years later a forum solely dedicated to the Kukri such as the International Kukri Research and Historical Society (IKRHS) came up. JP played a leading role in sharing what he knew and played an important role as an authority on Kukri´s in the early days of the Kukri community.

As the years went on, the community grew, JP started to work on a book, THE KUKRI, which remains uncompleted and only exists in some parts as a draft, had it been published it would have been the first of its kind. His passion and knowledge for the Kukri is something truly remarkable as he touched many souls through his dedication to this fantastic knife, by his writing, photography, personality and thereby laying the foundation for future exploration and research. He was in regular contact with many collectors, auctioneers, antique dealers, museums and played a key role to classify the Nepal Arsenal Cache in 2003 when tens of thousands of antique Kukris from the late 19th an early 20th century arrived in the USA.

JP started to suffer more and more from bad health just after 2005 and started to take a step back from the Kukri world. He sold of his collection, one of the best of its time which still few can match and makes your jaw drop.

I am grateful to JP for showing the start of a path, a path we have now walked on for many years as collectors and researchers. Some may be newer and others older but in common we share an interest for this unique knife, called a Kukri which JP did his upmost for! In the quest for further information and knowledge we need to be humble and dedicated, humble to bow to the unknown and dedicated to keep searching for more. Giving up is always a factor in the battle against ignorance and in those times it`s good to remember JP, he kept searching till he could search no more, he had a strong dedication to his cause and passion, the Kukri, he was a real life Legend!

JP´s book project was never completed and only a rough draft of the first five chapters exist as we know. I was lucky enough to have a copy of this material and have kept it for many years. Over the past months with the global Covid-19 pandemic and a still ongoing lockdown I have had a lot more time to think then in many years and decided to make the material available. Material I had initially been saving for my own quest to write and complete a book on the Kukri knife (which is still ongoing).

The reason for making JP´s Kukri book draft available is to educate a broader public through his written material and through images/photos, share JP´s research as there are still many valid points and it does no use not being known, to document the knowledge, the growth of ideas and what we know about this fantastic knife, the Kukri. JP´s research material is still of general value for a growing community of knife, blade and Kukri lovers around the World who want to know. The following pages here of JP´s Kukri book draft is to document his work and by doing so the evolution of Kukri research over the years more than providing the latest research on the Kukri. To be able to trace where some of the ideas came from, what we knew then and now. With these posts here on Heritage Knives of JP´s work I am hoping that it will assist his legacy as a Kukri legend and godfather and contribution to live on as a guiding light, to inspire another generation of collectors, to assist in future research and that we together can find out more. I’m sure JP would be happy about that!

I took a decision to have the rough draft typed out with assistance from Saloni Kalikote (herself the grand- daughter of a well-known Kukri maker in Bhojpur, Nepal), as I had only a photo copy of it, to find pictures JP used in the five chapters and when not possible to use other images from Gurkha Antiques & SirKukri, while also to illustrate some of JP´s points further. I mentioned the idea to a good friend and Kukri godfather, Jonathan Sedwell (Spiral / Spiraltwista) who had a vast collection of JPs images which he made available and to whom I am indebted for his assistance and guidance in so many ways. Spiral is perhaps most known for his work on the 20th Century Military Issue Kukri´s of the British Army through his article and knew JP well. Many of these images are used here and also found in the two Gallery pages.

We must keep in mind the time JP was in and the resources he had available were somewhat limited compared to what we have today. The 90´s was the very start of a wave of researchers and not surprisingly many ideas and conclusions have been updated and better researched now. Earlier main sources of information were for example Philip Rawson (1960´s), George C Stone (1930´s) and Lord Egerton in the 1880´s whom all published work on the Knives & Swords which included the Kukri. It strikes me as rather surprising that a knife so highly esteemed and well used does not have a book dedicated to it. As the years have passed, we have found out a lot more through dedicated research and a growing community of serious collectors with a thirst for knowledge and makes me excited about the future! I wonder how the Kukri collecting and researching world would look like if it was not for what JP had started and contributed too…indeed he should be considered a Kukri godfather!

Re-reading JPs material has been interesting though with what we know today many of his conclusions and ideas are no longer valid as further research has shown, it must be taken with a pinch of salt. For example that the “crescent moon” stamp is not necessarily an armoury mark or a sign of a prince, but a talisman used over several centuries. Yet JP´s material plays a role, it was the start that set many of us on a path, in agreement or not is secondary as research should always be discussed and documented. Still many of his ideas are not dismissed and form a strong part of what we know or base our research on.

Kukri collecting is still a field where we talk about most likely conclusions than solid evidence as so much is lost in the past, in the annals of history and lacks documentation. It remains a social science and not a pure science in which ideas and thoughts can be tested in a lab but through our understanding only. Still there is perhaps more questions than answers but compared to the early days we know a great deal more, yet further empirical research is needed in the Kukri world.

The material from John Powell, I have decided to make available here is:

I sincerely hope you will enjoy the material and find it of use, best regards,

Any questions, comments or for whatever reasons you may want to get in touch, drop me an email.

Some of JP´s material before being typed out. 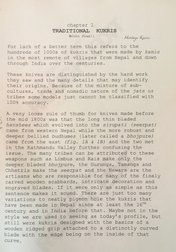 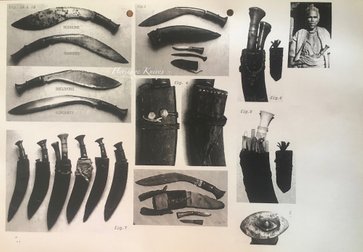 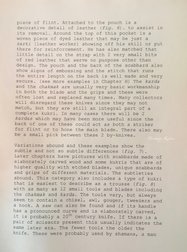 For information on Heritage Knives

Heritage Knives has one of the largest resources on the internet regarding the History and Heritage of the Kukri. 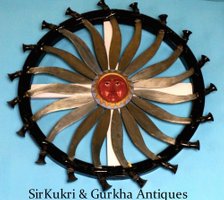 Continue to THE KUKRI Book