Mr. Ron Flook´s book British and Commonwealth Military Knives (1999) is considered a classic, must read, book on military knives. It was published in 1999 which was before the Kukri/Khukuri research community had been able to “classify” or “name” the various Issue Kukri styles correctly. Therefore British and Commonwealth Military Knives does not mention MK1 and MK2 for example but that the Kukri is from WW1 or WW2.

Over the years since I first started to collect and research, I´ve often fallen back on Mr. Flook´s work and found it suitable to share here. Mr. Flook´s work, classified, described and clearly listed each Official Issue Kukri of the 20th century as used in the British Army (and pre 1947 Indian Army). Mr. Flook`s work has very fine examples of fighting Kukris as used in the 20th century. His book(s) has contributed to maintaining a role for the Kukri in the collecting world and has been a reference point for collectors and researchers to come back to over the past 20 years.

Im much indebted to Mr. Ron Flook for permission to use these pages. 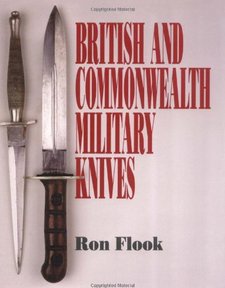 Flook´s book is available on Amazon and Abebooks among others. 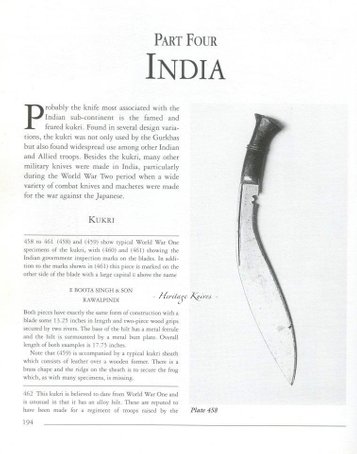 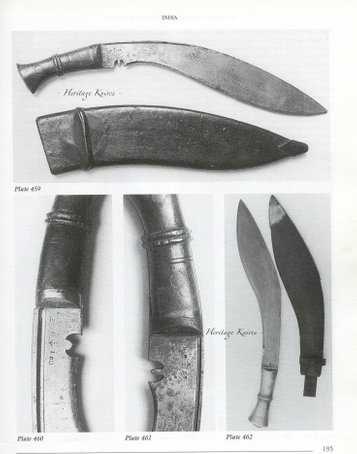 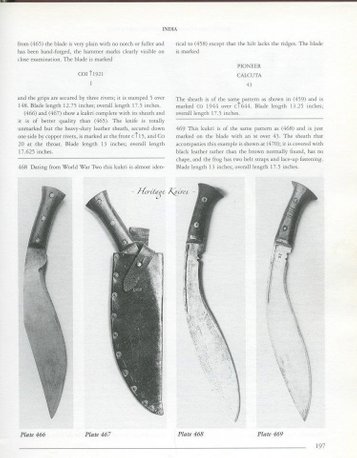 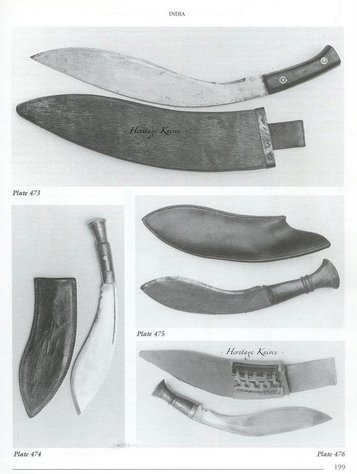 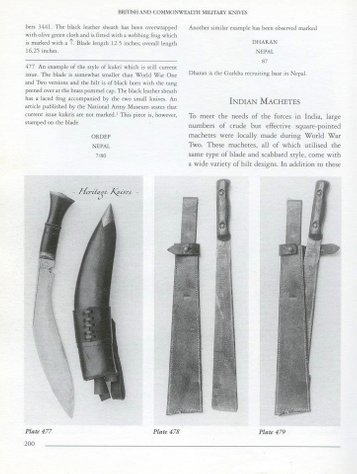 Heritage Knives have used Mr. Sedwell´s Kukri classification system for the Mark (MK) range, which is widely accepted, to the scanned pages of Mr. Flook´s book in which the image (plate) number is given. 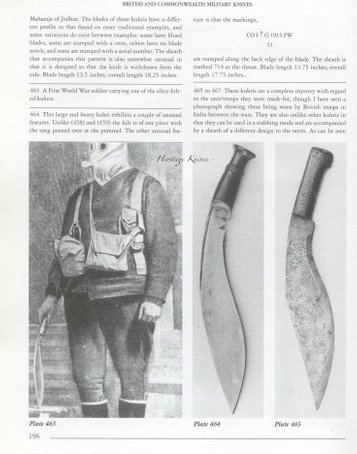 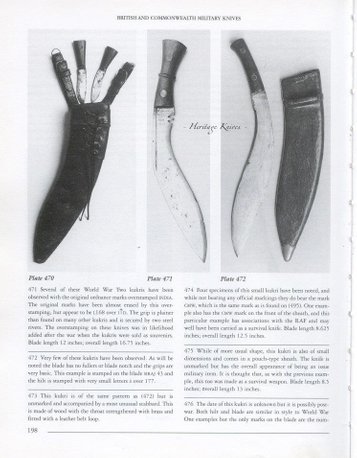 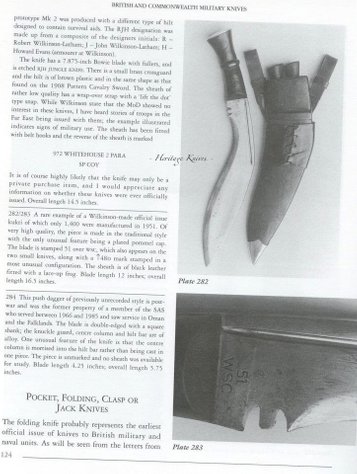 ”Probably the knife most associated with the Indian sub-continent is the famed and feared kukri. Found in several design variations, the kukri was not only used by the Gurkhas but also found widespread use among other Indian and Allied troops. Besides the kukri, many other military knives were made in India, particularly during the World War Two period when a wide variety of combat knives and machete were made for the war against the Japanese (p. 194).”

All rights reserved. No part of this webpage may be reproduced, distributed, or transmitted in any form or by any means, including photocopying, recording, or other electronic or mechanical methods, without the prior written permission of the web publisher, except in the case of brief quotations embodied in critical reviews and certain other noncommercial uses permitted by copyright law. For general permission requests, write to us at Heritage Knives or and for page specific directly to Mr. Ron Flook.