The REGIMENTAL or BATTALION KUKRI KNIFE. 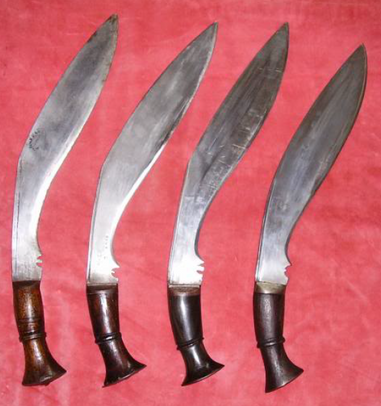 Here are some unit marked kukri from WW1 & WW2 era.  The middle two were favoured by many Gurkhas & they were still carried in ww2 by some of them. I have seen authenticated versions carried by the 6th, 8th & 10 Gurkha regiments. The version on the left is a WW2 model for the 9th Gurkha rifles, this & other similar pieces, sometimes with slightly varient blades are often, perhaps mistakenly called by collector's, "military sirupates" {Although In truth there not very Sirupate shaped}. They were commonly carried by some regiments in WW2 & usually came from contractor's based around Dehradun.

The version on the right is WW1 era, Other styles of these kukri also exist, because so many different contractors were used over such a long period of time. Some high-quality versions come with buffalo horn hilts.

Then we have the Regimental or Battalion Marked Kukri. Many collectors see this as very alluring kukri, which I can understand, those made in peacetime in particular are very well made & finished & are a well-designed semi-traditional kukri usually at earlier dates {WW! & 1920s} an ergonomic grip.

Many kukris have of course been used by the Nepali Gurkhas of the British army, with many purchased by various, company’s, battalion, regiments, from many different Indian contractors & in times of shortage due to economics, transport, number of recruits in wartime conditions even occasional manufacture by Battalion kami or armourers,{The 10GR in WW1 & the 2/8t GR in WW2. Being two notable examples.} & of course, there were many, many private purchases by individual officers & men.

Many traditional kukris are seen in photos from WW1 & WW2 and these can be either early or more unofficial Battalion{non Official pattern.} purchased or made kukri, private purchase or even family heirloom kukri on occasion, as according to the Brigade of Gurkhas website most Gurkhas returned from their first leave with a traditional kukri rather than a military issue variant. Judging from photos many still carried issue pattern kukri though. Of course at that time their leave was more often in India rather than Nepal so many private purchase Indian made kukri were also acquired & carried, then as today solders often prefer private & individual kit, Historical Family kukris from Gurkha forebears were sometimes even brought along by the new recruits, but according to some testimonies from WW2 veterans, those that did bring their family kukri would often only use those as their weapons while using the issue kukri for utility work.

Sadly many individual specimens do not carry unit markings. So its sometime impossible to know whether it was a Gurkha issue kukri or one bought from the same commercial kukri factors that usually made the kukri for the individual units. 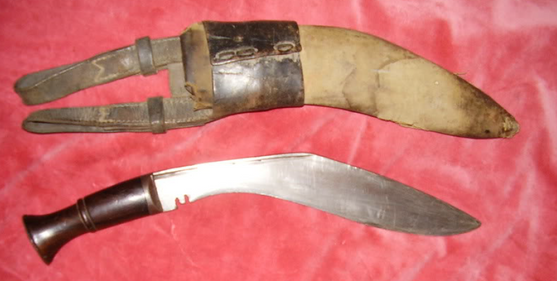 Their scabbards are often covered with khaki canvas. 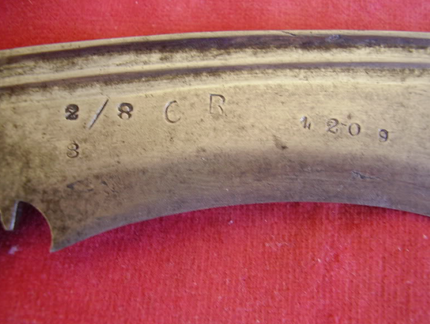 to continue to part 7,

Sadly careful high lens magnification by an experienced researcher is needed to authenticate these marked examples as original as over the last decade many fakes of these "Regimental" kukri have been coming onto the market on occasion from 2 main sources, most sadly the new marks have been added on some occasions to genuine old kukri. The Garhwali Regiments were also known to number their kukris. 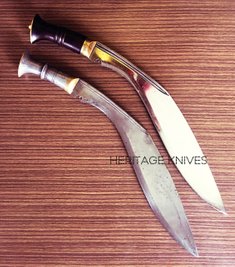 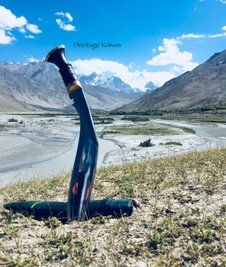